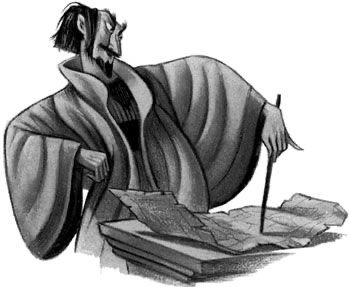 Many fans are conflicted with their feelings about the Potions Master, Severus Snape. Up to Book 7, we see him as a bully and a murderer, until it is revealed that he has been playing double agent out of love (or guilt, however you choose to see it) for Lily Evans Potter. Whatever his intentions as double agent, it cannot be argued that he was, in fact, a terrible teacher to many. What is worse, he could have been an incredible teacher that could have made a difference to many little potions masters to come. Unfortunately, he was not able to do what many teachers are currently asked (even demanded) to do every day, which is to leave his emotions and biases at the door. He had a brilliant mind, but he was not able to guard himself and follow his own advice…

“Fools who wear their hearts proudly on their sleeves, who cannot control their emotions, who wallow in sad memories and allow themselves to be provoked this easily — weak people, in other words — they stand no chance against [Voldemort’s] powers!”

Harry Potter and the Order of the Phoenix
J.K. Rowling

This material may be protected by copyright.

While Snape may pride himself on being an excellent Occlumens and gifted with the ability to play both sides, the strain of doing so affects his teaching abilities and his students’ mental health. His story is one of missed opportunities and a human effort to face impossibilities.

Snape’s initial meeting with Harry Potter is telling to his teaching style, and one that directly conflicts with most of the other teachers’ at Hogwarts. Immediately, he tests Harry by asking him exceedingly difficult questions that Harry couldn’t possibly know the answers to (but certainly Hermione knows). On the surface (and I’m sure was intentional), this interaction was a power move and a moment that meant to intimidate and humiliate. However, it was also a teaching moment for everyone in the classroom, and let them know exactly what Snape would expect from his students. He expects them to come prepared with the content, theories, and background so that when the practical events and experiments present themselves in the classroom, or other “extracurricular” moments (say, a logic puzzle to reach the Sorcerer’s Stone, or shoving a bezoar down your friend’s throat when he has been poisoned), the students will be prepared for anything. (For more on this subject, see Lorrie Kim’s post “J.K. Rowling, Giftedness, and the Ghost of Ravenclaw”).

Bullying, temper, and tortured soul aside, Snape has little to no excuse for his ineffective teaching practice. He is brilliant in his field, as evidenced by his marginalia in his old copy of Libatious Borage’s Advanced Potion Making (Half Blood Prince 189). His notes prove not only that he is an astounding wizard and potion artist, but it also proves that he was once willing to experiment and correct an expert’s knowledge and provide more effective approaches. However, as both Conn and Dickinson state, being brilliant in your field does not constitute an effective teacher. He uses closed questioning tactics* and homework as a punishment, rather than an opportunity for his students to learn from their experiences (Conn 1178, Bixler 76). He never models how to make a potion for his students, which detracts from the students’ need to see how a “perfect” potion is made. While Johnson claims that the lack of demonstration adds to the students’ active learning environment, she then amends that he practices this ineffectively because the students’ only guidance is their textbook and the potion recipe, with no chance for any student collaboration or student to teacher dialogue (82-83). Snape had an opportunity to be the best Potions master that Hogwarts could have, but squandered it over petty jealousy and a lack of compassion.

The question then becomes “What is the lesson for us as teachers?” Do we take the good with the bad, or do we cherry pick the qualities that we enjoy about Snape’s teaching and see beyond the angry veneer that he presents? What might we do in Snape’s stead, with fewer grudges and conflicts to face and more pride in our teaching? Do we look to Snape, or do we look to the young Half Blood Prince as our model?

*Closed Questioning refers to the use of “Yes”, “No,” or “one right answer” questions that limit the students’ chance for exploration, debate, or experimentation. For example, “Is a bezoar an antidote for poisons?” An example of an open questioning tactic would be “Compare and contrast the benefits of these three different antidotes to poison,” or “What are the benefits of using a bezoar instead of ____ as an antidote for poison?”

This site is designed to give parents, caregivers and child care teachers ideas to teach young ones ages 2-6 years of age.